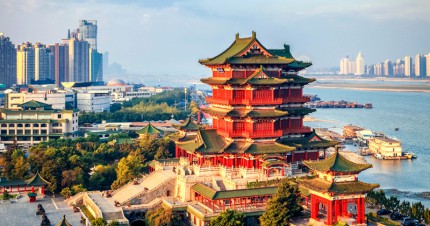 Shanghai offers a breathtaking paradox of hyper-modernity and a quaint ancient charm. The city boasts a vibrant and bustling atmosphere with a skyline characterised by both contemporary skyscrapers and traditional pagodas. This thriving metropolis is the ultimate destination to sense the pulsating development in China today alongside the quintessential heritage.

Shanghai is China’s economic capital and is one of the largest metropolises in the world. The city is said to be the place where East meets West, with its seamless amalgamation of oriental traditions and occidental modernity.

With every aspect of Shanghai holding significant importance, the city has become an awe-inspiring destination for recreational, business and even language travellers.

Why learn Chinese in Shanghai?

Shanghai prides itself on being a focal point for Chinese education and delivers some of the best teaching in the country with many universities in the area. With the city’s rich history and pulsating ambience, students will acquire the language almost effortlessly and be inspired to learn more about this majestic city and culture.

Chinese school in Shanghai offers students the ideal opportunity to learn the ever more important Chinese language alongside the magnificent Chinese culture and the vibrancy of Shanghai. Students will find themselves immersed in the language while being encouraged to embrace a rich tapestry of traditions and customs.